The Darkest Dawn is Cleared for Launch

At long last, the day has finally arrived! It has been ten years to the day that the Wing Commander Saga project was officially founded. Through this time, Saga has evolved through a host of iterations, with sometimes frustrating twists and turns and several brick walls. However, we believe that Wing Commander Saga would not be what it is today without the lessons we have learned from each one of those experiences, and we are very excited to finally share the results with you.

On many occasions, we have referred to Wing Commander Saga: The Darkest Dawn as a labor of love. That is truly what it has been for us. Many years ago, Chris Roberts and his team at Origin ignited our imaginations with their innovative, blockbuster Wing Commander series. Our hope has always been that with Wing Commander Saga, we could recapture that excitement and magic to some degree and share it with all of you. Our ten year development process has certainly taught us even more respect for just how innovative and brilliant Chris Roberts and his team are. Our development of Wing Commander Saga: The Darkest Dawn is meant as an homage to them and what they achieved, and we would like to thank them and EA, who holds the intellectual property for Wing Commander. We would also like to thank all the sites who have generously offered to provide mirrors for Saga.

Today we are only launching the PC vesion. The Linux and Mac versions will be available soon. We just need to port the launcher to OSX and Linux and run some tests.

For help troubleshooting known issues click here to visit our forums. We'd also love to here your thoughts about the game, so feel free to join us there!

So, without further ado, we are pleased to present you with Wing Commander Saga: The Darkest Dawn. It's humanity's most desperate hour, a desperate struggle for survival against impossible odds, and you've got a front row seat. 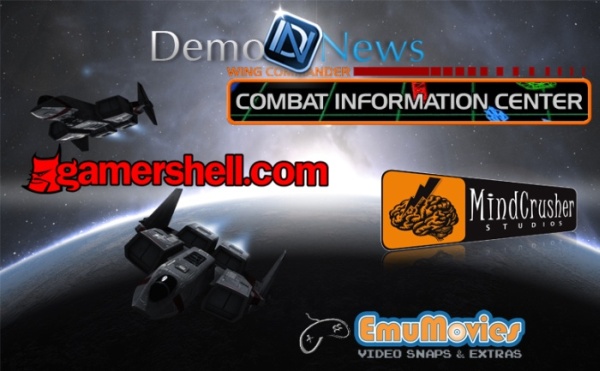 This full release of Wing Commander Saga contains two campaigns. The first is an upgraded version of the original "Prologue" campaign. It has been upgraded with an expanded story, more characters in-game, Wing Commander style autopilot sequences (rather than the long, time accelerated autopilot sequences used in the original prologue) and updated graphics and game play. This five mission campaign set aboard the TCS Wellington teaches the player how to play Wing Commander Saga and sets the stage for the main campaign. You can select the prologue by going to the campaign room and highlighting the "Prologue" campaign. Even if you played the original prologue, we highly recommend you play the updated prologue to bring you up to speed with all the changes that have happened since the original release.

From there, you can go to the campaign room and select "The Darkest Dawn" campaign. This campaign will assume that you have learned everything that the "Prologue" campaign is designed to introduce you to. This is the all new, 50 mission campaign based on the TCS Hermes.


Note: You can verify download integrity with our CRC check tool.