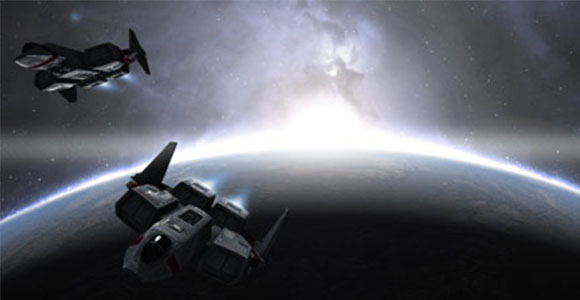 In an interview with TCN News, Colonel Christopher "Maverick" Blair said, "I have never felt comfortable with people calling me 'The Savior of the Confederation.' Sure, I was the wing leader in the raid on Kilrah, and I was the one who dropped the Temblor bomb. But I don't want people to forget that I only got that far because of the sacrifice of hundreds of thousands of others."

This is their story

The conflict between Earth and Kilrah is drawing to a close, and the Terran Confederation is not winning. Humanity's only hope lies in a desperate plan that will require even idealistic young fighter pilots to stretch themselves beyond all imagination. It's the end of the world, and you have a front row seat.

Raw emotion, realistic characters, a hard look at the devastation of war, and intense large-scale space combat action await you as you assume the role of 2nd Lt. David "Sandman" Markham. Twists of fate will throw you out of your dull backwater assignment and right into the hottest spots of the most devastating war in history.

Wing Commander is back. You know Blair's story, now experience the rest of the Saga.

Desperate to replace the combat losses suffered in the Battle of Terra, the Confederation has turned to its Officer Candidate School (OCS) programs to fill the ranks. You assume the role of 2nd Lieutenant David Markham, a recent OCS graduate in an accelerated flight training program on an aging, dilapidated carrier in a backwater system. Things are not always as they seem, however. Join with Markham's wingmates as he gets his first taste of the seemingly inevitable doom that the Kilrathi are preparing to unleash upon the Confederation. Fly patrols, work with your wingmen, and struggle to survive as the final battles for the fate of humanity begin to unfold. The Saga Prologue sets up the tone and the story for the epic struggle and apocalyptic finale you will experience in the full release of Wing Commander Saga. Are you ready for this?

The following features have been excluded from the demo:

The flagship campaign of Wing Commander Saga, "The Darkest Dawn" begins right before Wing Commander 3 and concludes with the ending of the Terran-Kilrathi War (whether or not the Terrans win depends on you).

It has been six months since the Battle of Earth, and inspite of new fighters, carriers, and technology joining the Fleet, the war effort is not going well. Everyday, more news of fresh defeats and losses make their way around the Confederation Forward Fleet, who have to face the possibility that they will not be the ultimate victors.

You are based on the TCS Hermes, one of the handful of large carriers left on the front line. You play the role of Second Lieutenant David Markham, a pilot recently transferred to the Hermes.

Markham is no different from the other young idealistic rookies who are determined to make a name for themselves. Already having your metal tested and your outlook hardened by your time on the Wellington, you still dream of flying heroic strike missions deep into the heart of the Kilrathi Empire, finally bringing this decades long conflict to an end.

But all hopes and dreams are squashed by the burden of reality. In every system, the Confederation forces are badly outnumbered and outgunned. For every Kilrathi fighter and warship destroyed, 10 others takes their place. Comms from HQ order the abandonment of civilian colonies which the Confederation no longer has any strength to defend. The retreat is downward spiral leading to the final stand at Earth. It won't be very long till Markham experiences what the true nature War really is ...