With the final release date coming very soon, I thought it was time for a final beta testing update. WC: Saga is very much a finished product now with the last minor details being worked out.

Many of you have played the WC: Saga Prologue and remember it well. Almost every detail of WC: Saga has changed since that time meaning that the Prologue campaign was looking a little out of date. No longer! Our beta testers have rewound the clock and are back on the TCS Wellington running through the updated Prologue campaign missions.

What Was Old Is New Again

The old missions have been given a new lease on life with updated autopilot sequences, the improved visuals of the final WC: Saga product, the tweaked AI, and some slightly updated story as a bonus. The new missions are an overall smoother experience and they lead naturally into the full campaign. Even if you are an experienced pilot, I think the introductory nature of the Prologue is worth the immersion into the atmosphere of the Wing Commander 3 timeline.

The kinds of bugs we’re running into right now:

These are hardly show stopping issues, but we do want to see them corrected before release. 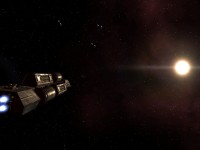 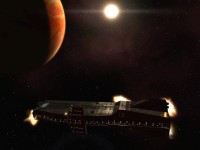 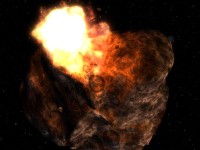 We are nearly there and the testers are pulling out the last stops to what will hopefully be a near perfect release. Nothing is ever completely perfect but every effort is being made to make it that. Just today I was play testing the early campaign missions again and while there were always bugs, or missing voice overs, or other issues in earlier days, there is now a sense that this is complete and that it is nearly ready. Stay tuned for more news in the very near future!