Hello fellow fans! I am back again with another Beta Testing update. This time I will be mentioning some of the progress made to date as well as talking about the “Green Lighting” process.

The beta testers and the WC: Saga team are as busy as ever as all of the crucial come together.

The latest round of testing takes us into the back half of the WC: Saga campaign featuring both small and large scale engagements. Larger numbers of fighters and sometimes epic capital ship battles are just some of the treats in store.

The increase of scale also means that testing is vital to ensure that the gameplay experience works well. If the player will be called on to make meaningful contributions to every mission and objective and that has to work no matter what is happening in the mission.

The last couple of weeks have seen a new build released to testers including several new missions featuring the Excalibur. The elite Confed heavy fighter is truly a fantastic weapon and players will enjoy flying this space craft when it becomes available. The WC: Saga Excalibur features everything from aim assisted guns to auto-slide and a judicious number of missiles – just what is needed to complete the next set of missions.

A couple of new issues to share since the last update: 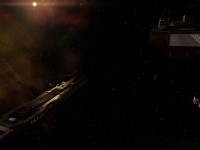 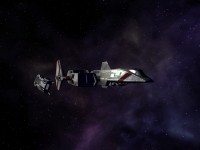 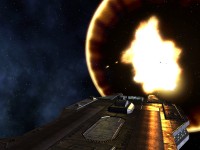 As testing continues there comes a time when the content has to reach a completed stage. For WC: Saga this process is called “green lighting”. When a mission reaches a certain level of polish then testers check the fine details to look for any lingering problems.

Here are just a few things that testers are checking:

There are many more hurdles that must be completed before a mission has been fully checked out. Once a mission has passed all of the checks it can be green-lit and considered finished barring any last minute adjustments.

Progress continues on WC: Saga as testers continue to fly missions and discover bugs. Sometimes that means replaying the same mission over and over again to expose bugs or take different actions to test the mission outcomes.

That's it for now. Enjoy some great new screen shots and I'll be back with a third update on beta testing progress in the near future. Until then!