Last month, we announced that the next phase of the beta test is about to start. Since then, we’ve been overwhelmed by the number of requests we’ve received to beta-test. We’ve invited a number of new testers in, but if we’ve missed you then don’t worry - we will continue to invite more testers as the release date draws nearer.

Over the months following the start of the beta test, we’ve continued to listen and monitor discussions and requests related to the game design. We are still quite open to ideas. As we are adding finishing touches and smoothing over any wrinkles the beta testers find, the game comes closer and closer to completion. As it stands we're about 67% through the beta test and we're close to mastering the first 18 missions.

We thought we would take a little time out to explain what we’ve changed, improved and added: 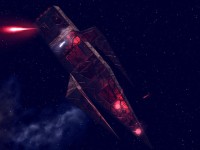 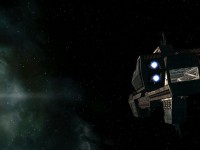 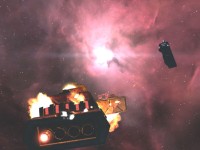 A nice side effect of the feedback from our beta testers is a collection of testimonials that we can use to keep you up to date with progress and gameplay mechanics. Here are a few random quotes from six different testers:

«Wing Commander Saga will surely deliver the best experience you can get in Wing Commander Universe. Considering it is a mod based on the modified Freespace engine it is amazing, how the developers were able to retain the feeling of the original, introducing exceptional visual and audio, storytelling and gameplay. Diversity is it's middle name - you will not get bored with this one. Each mission is different and has its own memorable moments and characters (jokes and easter eggs also included as well as few cameos). The game is well thought out in every respect. You can see that the team responsible for this one gave it their soul, heart, sweat and tears. You can bet on one thing for certain - it is worth the wait... it is a rough diamond that needs to be polished.»

«When considering this game is being developed in the free time of the devs its professional finish is that much more amazing. The textures and lighting are incredible and the backdrops are gorgeous. The missions are incredibly well put together and the in game communications between the pilots and to and from capital ships is prefect. What makes the game shine though, is its voice cast. They're the (shiny) icing on the amazing cake. The graphics and music make you feel like you're there. But when the in mission banter starts you ARE there. You can't help but wince when you hear someone's ejecting and you feel obligated to help out your wingmen when they shout for help. The love for Wing Commander truly shines through during missions.»

«Playing through the Saga beta gives me a similar feeling to the old school games, which is a great thing. The initial atmosphere when you boot it up SCREAMS Wing Commander loud and clear. I love the revised interface of the main hall, it goes a long way to removing vestiges of "Freespace" and making this its own game. The soundtrack that greets you is also something special, kudos to the composer.»

«I stayed up too late last night playing the Beta. Cheating a little, I skipped around the missions a bit (to the good parts... the parts that I'm in), but I must say this is a LOT of fun to play! Any fan of WC3 or WC4 should have a blast with this. Early congrats to the entire programming team!»

«How Saga works at the moment is fine for me. It refines the very essence of WC and adds a lot of modern features (more ships at once, nice fs2open gfx etc.) and an unbelievable amount of heart blood. To be honest: I did never expect Saga to be this awesome. So I don't care about features that "could have been" in the game. If you had the time and would get paid for it you probably would have programmed a new engine to do everything from scratch. What we have already seen in this beta is far more than enough to say that this is one of the most ambitious fan projects of all time and I'm sure you've got one or another ace in the hole.»

There are still a few hitches and we are going to continue the beta test for a few more weeks. Once again, we would like to thank everybody who’s been involved with Wing Commander Saga so far. As ever, we look forward to your questions and comments: tweet us, facebook us or send us some abuse via email. Let’s go blast some cats!