For this update, we like to show our final variant of the Yorktown-class carrier. This venerable light carrier was first seen in Wing Commander 3, where the main character flew off the TCS Victory. People who have played our prologue would also remember the TCS Wellington, the carrier that played a big part in the main character’s training. The player can expect to see other Yorktown-class carriers throughout the campaign.

Designed more than fifty years before the Kilrathi War, the Yorktown-class light carrier has been modernized and refitted to keep up with rest of the carrier fleet. Its four fighter squadrons offer flexibility and adaptability from serving as support of a larger Confederation carrier or the center of its own battle group. The Kilrathi naval build-up of the past few years and the Confederations losses incurred during the Battle for Earth have shifted these venerable carriers back into front line duty. 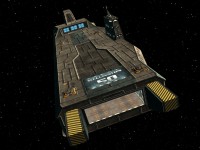 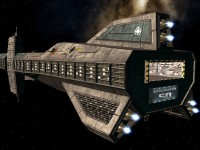 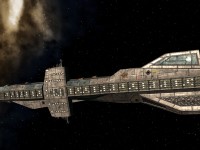 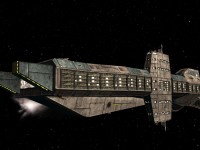 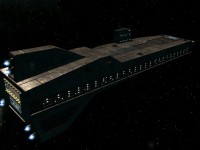