For this update, we like to show off a vessel that wasn’t seen in the games but mentioned in the novels: the Confederation troopship. We’ve read about Marine troopships in novels such as End Run, False Colors, and Price of Freedom, but we’ve never had a chance to see what they actually look like.

We intended our vessel to be the same class of the troopship mentioned in the Price of Freedom novel. In the novel, the Pelileu-class assault transport TCS Louis B. Puller deployed the Marines that “rescued” Tuesday Brody from the Border Worlds in the Tyr System. As the sharp eye can see, our concept of this ship is a larger derivative of WC Armada’s Belleau Wood-class transport. 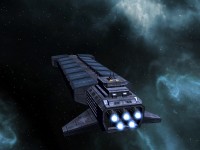 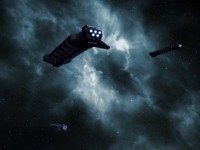 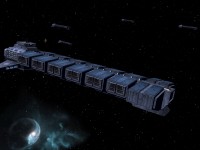 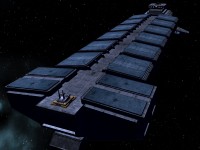 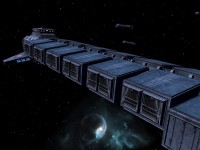 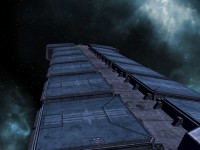 One of the largest troop carriers in service, the Pelileu-class embarks a regiment of over two thousand Marines and a battalion of combat vehicles including assault skimmers, hover tanks, and artillery walkers. They are all deployed to battle by the troopship's own complement of shuttles, dropships, and landing craft. Lastly, it has enough supplies and equipment for its Marines to participate in sustained combat operations for up to 30 days. A planetary assault force would consist of multiple troopships working together, but they require proper escort when deploying for operations.