This week, the Saga Team would like to show off another vessel: the Confed frigate. This ship is accounted to have various lengths and sizes depending on the game source material and novels. For simplicity’s sake, our frigate is the 2669 variant of the post-War frigates seen in service with the Confederation and Border Worlds Fleets during Wing Commander 4. 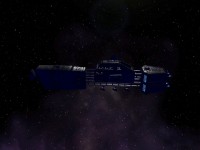 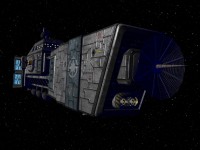 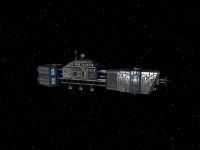 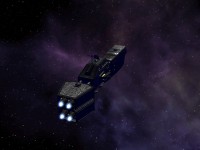 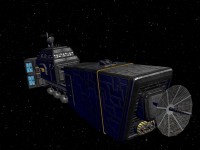 The Caernaven-class frigate is an ubiquitous escort vessel widely seem among both the front and rear lines. The Swiss army knife of the Terran fleet, it is configurable and adaptable for any mission at hand. Not only is it fast and nimble, its laser batteries, missile launchers, and rocket pods serve as effective deterrence against Kilrathi fighters and light raiders. From assuming a traditional convoy escort role to system patrol duty, this venerable warship still performs whatever role it is assigned with the quiet dignity of a seasoned soldier.