This week, we like to showcase the final variant of the infamous Fralthi II-class heavy cruiser. Besides the newest texture features, recent developments in game engine design has enabled us to put the heavy turrets on the hull, exactly the way the original model was from Wing Commander 3. 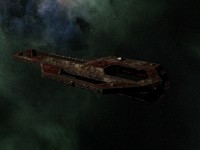 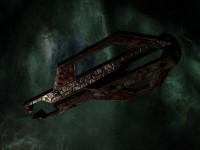 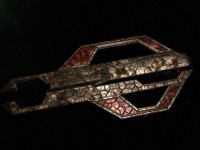 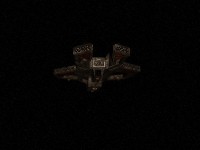 This heavy cruiser is one of the most powerful capital ships in the Kilrathi war chest. Surprisingly fast and maneuverable for its size, the Fralthi II-class is armed to the proverbial teeth with more heavy-hitting weaponry and stronger armor than any frontline Kilrathi warship short of a battleship or dreadnought. Mostly assigned to large battle groups in support of a heavy carrier, no starbase, colony, or warship is safe when this starship is on an attack approach. In addition, its respectable fighter compliment can be used almost as effectively as a light carrier.

Next up... Kilrathi carriers!