For this week's update, the Wing Commander Saga team would like to share three pictures of our final rendition of the Kilrathi Dukara-class troop transport. While it is lightly armed and vulnerable to fighter attack, each ship can carry a legion of Kilrathi Marines and their equipment. It is also atmospheric capable, deploying assault shuttles and other dropships from a small landing bay. HQ has deemed trooper transports a high priority target; each one destroyed is one thousand less Kilrathi Marines for our own Marines to face in combat. 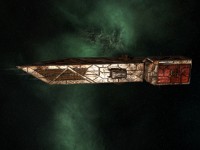 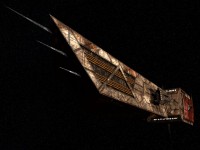 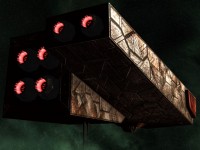