For this weeks update, we would like to round off our presentation of Wing Commander 2 Confed fighter models created by Klavs and highlight his rendition of the Sabre! The Sabre was one of the best heavy fighters ConFleet put into service during the late 2650's, matching well with the Jalkehi and the Gothri. In addition to its dogfighting ability, its attack ability was so commended that a modified torpedo bomber variant was constructed for the escort carrier class. Both variants proving their mettle in the bloodiest of conflict, all Sabres were retired by the Thunderbolt VII and put into active reserve wings and In System security units as their defacto strike fighter-bombers. 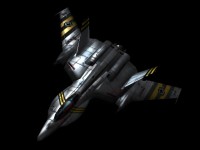 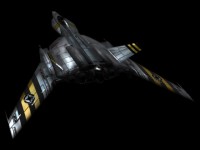