Right, let's get this over with. I am happy to say that Germany is currently enjoying it's requisite two weeks of sunny weather for the year, and the weather is not the only thing that is hot this week. This news update features five brand new screenshots! They show much of the progress we've made since the release of the Prologue in terms of the visual look of the game. Read all about it below and don't forget to visit our public forum if you're interested in learning more about Saga, chatting with our development team, and suggesting features for upcoming releases. 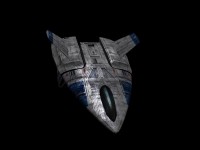 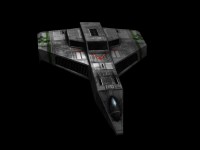 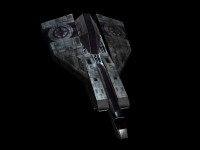 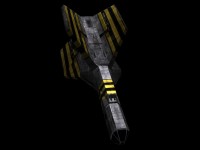 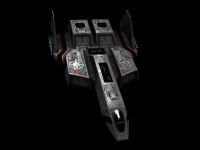 In the Prologue, we wanted our models to stick with a clean military look. At the time, we were still learning the tech that we were using as tools, so we weren't certain of the limits of exactly what we could pull off. So, we went with something a little on the safe side: pristine models that looked like they had just come off of the assembly line. In the past months, however, we went back to the drawing board and started applying different effects to the textures and models.  As you can see, Confederation fighters now look like they have seen hard combat duty, and are dirtier and battle scarred. In this visual shift, we wanted to show that the war effort is not going well for Confed, that every fighter counts, and that every effort was made to keep these warbirds flying, sometimes even long after they should have been decommissioned. We are hoping that this visual evolution will add to the overall atmosphere of the part of Wing Commander history that we are trying to capture in our main campaign.